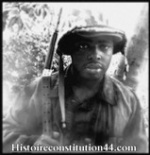 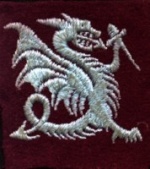 Yes and no. Marines were involved in training Army troops for the D-day landings. They were also on some navy ships in Europe, and were posted to Iceland to prevent the Germans from taking it. But they did not participate for the most part in major combat operations in Europe. The USMC was used almost exclusively in the Pacific.

Before World War II, Marines served in various European and North African embassies as attaches. However, that role changed with the outbreak of hostilities between the United States and the Axis powers in 1941.

The first Marine unit of combat troops to serve on land in the Atlantic theater was the 1st Marine Provisional Brigade. More than 4,000 Marines commanded by Brigadier General John Marston arrived in Reykjavik, Iceland, in July 1941. The Marines augmented the British forces already in place to prevent Iceland from falling to the Germans. Iceland was strategically located for air and naval control of the North Atlantic lifeline between the British Isles and North America.

Following the attack on Pearl Harbor, the Marines assigned under Marston received orders to leave Iceland. They began departing on Jan. 31, 1942, and were completely gone by March 9, 1942.

Masters of amphibious warfare tactics, Marines served as planners for the North African, Mediterranean and Normandy invasions. The brief and violent raid by a 6,000-man Canadian and British commando force on the French port city of Dieppe on Aug. 19, 1942, was planned in part by Marine Brigadier General Harold D. Campbell, the Marine Corps advisor to the British Staff of Combined Operations. He was awarded a Legion of Merit for his expertise in developing techniques for large-scale amphibious operations against heavily defended beaches.

Marines trained four Army infantry divisions in assault from the sea tactics prior to the North African landings. Leading the way during Operation Torch, the November 1942 North African invasion, Marines went ashore at Arzeu, Algeria, and moved overland to the port of Oran, where they occupied the strategic Spanish fortress at the northern tip of the harbor.

Another Marine detachment aboard the cruiser USS Philadelphia landed Nov. 10, 1942, at the port of Safi, French Morocco, and secured the airport against sabotage until Army forces arrived the following day.

Nine months earlier, on Jan. 7, Brigadier General Lewis G. Merritt, a Marine Corps pilot serving as an observer with the Royal Air Force in Egypt, was aboard a Wellington bomber shot down by ground fire behind German lines in the Halfya Pass. He and the crew were rescued by a special United Kingdom armored car unit that broke through enemy lines.

Assigned to the secretive world of spies and saboteurs were 51 Marines who served with the U.S. Office of Strategic Services to engage in behind-the-lines operations in North Africa and Europe from 1941 to 1945. These OSS Marines served with partisan and resistance groups in France, Germany, Yugoslavia, Italy, Austria, Albania, Greece, Morocco and Egypt; on the islands of Corsica and Sardinia; in Rumania; and in North and West Africa. Ten of these OSS Marines also served with forces in Ceylon, Burma, Malaya and China.

Marine Colonel Peter J. Ortiz was twice awarded the Navy Cross for heroism while serving with the French Resistance.

Shipboard detachments of Marines served throughout the landings in North Africa, the Mediterranean and the Normandy invasion as gun crews aboard battleships and cruisers. A 200-man detachment was normally carried aboard a battleship, and 80 Marines served aboard cruisers to man the secondary batteries of 5-inch guns providing fire for the landing forces.

During the June 6, 1944, Normandy invasion, Marines, renowned as expert riflemen, played a vital role reminiscent of the days of the sailing Navy when sharpshooters were sent to the fighting tops. Stationed high in the superstructures of the invasion fleet, Marine riflemen exploded floating mines in the path of the ships moving across the English Channel to the beaches of Normandy.

On Aug. 29, 1944, during the invasion of southern France, Marines from the battleship USS Augusta and the cruiser USS Philadelphia went ashore in Marseilles harbor to accept the surrender of more than 700 Germans who had fortified island garrisons.

Although few, these proud Marines played a vital role in the Atlantic, African and European campaigns of World War II. 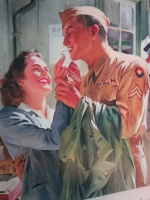 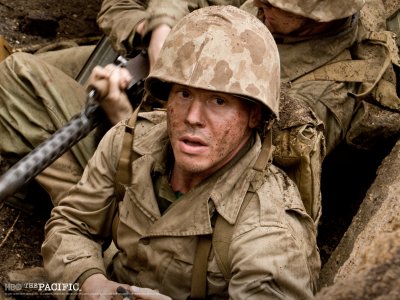