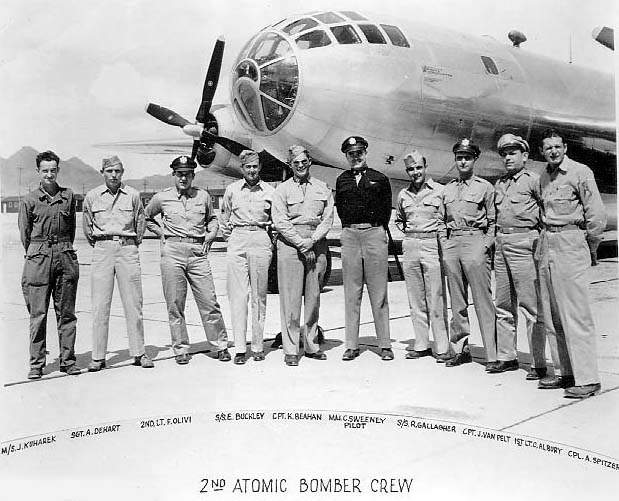 A number of people and veterans organizations have asked me to comment on the subject of the Enola Gay, the care afforded her by the Smithsonian Institution together with their treatment of the atomic mission in general.

From my point of view, the matter has been politicized, and, as a result, mishandled. Those whose business it is to create, mold, manipulate and utilize public opinion have done so as a matter of self-serving interest. Consequently, history has been denigrated; the Enola Gay has been miscast and a group of valiant Americans have had their role in history treated shamefully. I am an airman, a pilot. In 1945, I was wearing the uniform of the US Army [Air Forces] following the orders of our commander-in-chief. I was, to the best of my ability, doing what I could to bring the war to a victorious conclusion-just as millions of people were doing here at home and around the world. Each of us -- friend and foe alike -- were doing the dictates of our respective governments. I recruited, trained and led the members of the 509th Composite Bomb Group. We had a mission. Quite simply, bring about the end of World War II. I feel I was fortunate to have been chosen to command that organization and to lead them into combat. To my knowledge, no other officer has since been accorded the scope of the responsibilities placed on my shoulders at that time.

As for the missions flown against Japan on the 6th and 9th of August, 1945, I would remind you, we were at war. Our job was to win. Once the targets were named and presidential approval received, we were to deliver the weapons as expeditiously as possible consistent with good tactics. The objective was to stop the fighting, thereby saving further loss of life on both sides. The urgency of the situation demanded that we use the weapons first - before the technology could be used against us.

During the course of the half century that has elapsed since the use of the atomic weapons, many scribes have chronicled the flight of the Enola Gay with nothing but descriptions of the destructive nature of our atomic weapons. Few such narratives have been objective. Indeed, I suggest to you that few, if any of the articles, books, films or reports have ever attempted to discuss the missions of August 6th and August 9th, 1945 in the context of the times. . Simply stated the Enola Gay and the 509th Composite Bomb Group have been denied a historically correct representation to the public. Most writers have looked to the ashes of Hiroshima and Nagasaki; to find answers for the use of those atomic weapons. The real answers lay in thousands of graves from Pearl Harbor around the world to Normandy and back again. The actual use of the weapons as ordered by the President of the United States was believed to be the quickest and least costly (in terms of lives lost) way to stop the killing. I carried out those orders with the loyal support of the men of the 509th Composite Bomb Group and the United States military at large. Our job was to serve. Our sworn duty was to God, country and victory. Today, there is a debate on how to present the Enola Gay and the use of the atom bombs to the American public and the world at large. There are questions as to how to best present the events of the summer of 1945. I have had many requests, -many appeals; to openly voice my opinions as to the Smithsonian's proposal and depiction of these realities. Consequently, I suggest that the Enola Gay be preserved and displayed properly- and alone, for all the world to see. She should be presented as a peace keeper and as the harbinger of a cold war kept from going "hot." The Enola Gay and her sister ship Bock's Car should be remembered in honor of the scientists who harnessed the power of the atom for the good of mankind. The talents and skills of those men and women who gave us the means to use, regulate and control atomic energy. Such notable positive contributions are worthy of Smithsonian recognition.

The Enola Gay has become a symbol to different groups for one reason or another. I suggest that she be preserved and given her place in the context of the times in which she flew. For decades she has been relegated to a storage facility. Her place in history has been dealt with unfairly by those who decry the inhumanity of her August 6th mission. Ladies and gentlemen, there is no humanity in warfare. The job of the combatants, the families, the diplomats, and factory workers is to win. All had a role in that "all out" fight.

I am not a museum director, curator, or politician. I am a pilot. I am a military man trained to carry out the orders of a duly elected commander-in-chief.

For decades the Enola Gay has been in pieces. During this same period the subject of the atomic missions has provoked a flood of emotions. Virtually each and every narration of the events surrounding the flight of the Enola Gay has delved into the horrors and tragedies brought on by the atomic bombs.

Today, on the eve of the 50th Anniversary of the end of World War II, many are second-guessing the decision to use the atomic weapons. To them, I would say, "STOP!" It happened. In the wisdom of the President of the United States and his advisors at the time, there was no acceptable alternative but to proceed with what history now knows as Special Bombing Mission No. 13. To those who consider its proper presentation to the public, I say; "FULL SPEED AHEAD!" We have waited too long for all the wrong reasons to exhibit this aircraft. Too many have labeled the atomic missions as war crimes in an effort to force their politics and their opinions on the American public and to damn military history. Ironically, it is this same segment of society who sent us off to war that now wish to recant the flight of the Enola Gay.

Thus far the proposed display of the Enola Gay is a package of insults. Resting on an arrangement that will be shaped like a cradle, the sixty-some feet of fuselage and forward bomb bay - without wings, engines and propellers, landing gear and tail assembly - makes for an awesome sight. If nothing else, it will engender the aura of evil in which the airplane is being cast.

I am unaware of any positive achievements being credited to the men and women who built the B-29 bombers that carried the war to the Japanese homeland, or the soldiers, sailors, marines, and Seabees who fought, lived and died fighting to take Pacific Islands that were needed for airplane bases within striking distances of the mainland. What about the airmen who flew those strikes and lost their lives? And, those who survived. Are they to be denied recognition for their efforts? Something is wrong with this scenario.

In closing, let me urge consideration and let the exhibition of the Enola Gay accurately reflect the American spirit and victory of August 1945. Those of us who gained that victory have nothing to be ashamed of neither do we offer any apology. Some suffered, some died. The million or so of us remaining will die believing that we made the world a better place as a result of our efforts to secure peace that has held for almost 50 years. Many of us believe peace will prevail through the strength and resolve of the United States of America. 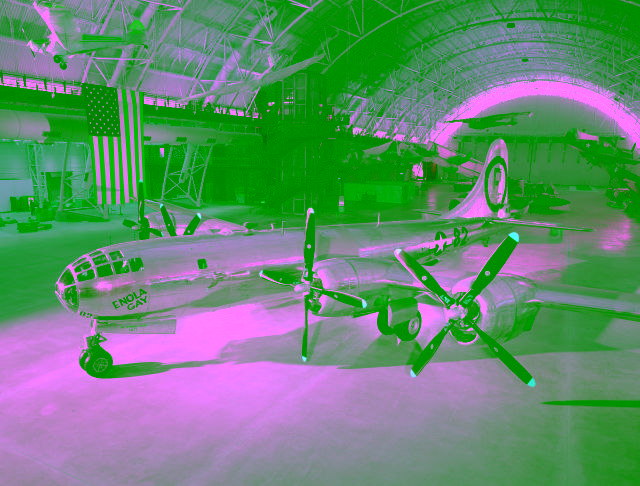